What a long trip … “are we there yet?” Well, just about! Seven years is a long time on the path for sure, but, “The People” are coming into view now. It would appear there are thousands of them, maybe even millions that have helped new and unheard of creations make it to the public light and interest.

That’s where we’re at this moment on this long, long trail to get this 21st Century invention, The BladeKeeper® To The People.  Like a really cool rocket sitting on the launch pad, going through all the final process and checks before its show time.

Hello People Of The Kickstarter World! Thank You For Your Time. Kickstarter has been chosen as the first place on Earth to introduce The BladeKeeper®. This choice was made several years ago after watching Kickstarter do good on Earth and prosper and grow. Now they are a Public Service Corporation. That says a lot about Kickstarter.

Now it’s our turn to do good on Earth and grow and prosper. The BladeKeeper® is a precision made Patent Pending Tool that keeps razor blades sharp, clean and ready to shave 4 times longer than normal. Life Time Guarantee.

When you buy 1 razor cartridge instead of 4, it saves money, it saves on waste to land fill, it saves energy cost, because The BladeKeeper® uses Earth’s Natural Energy. You don’t plug it in and it doesn’t need batteries.

You save on natural resources not just in making razor blades, but also on the materials to make The BladeKeeper®, because it never quits working or wears out. The BladeKeeper® is designed and built to last more than a life time. Pass it on, it’s a generational tool. Keeps right on working year after year. Life Time Guarantee to the Original Owner. Serial Numbered for Quality Assurance.

And now for the “Icing On The Cake”, The BladeKeeper® holds 2 razors. Twice the Savings. J

By Creations Of Energy™ Pace FL 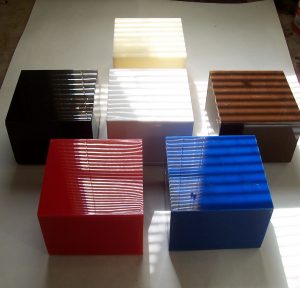 The BladeKeeper® In Development Feb 2016