You are at:Home»Along The Road Of Life»Wow! Rule Changes At NASCAR® So What! 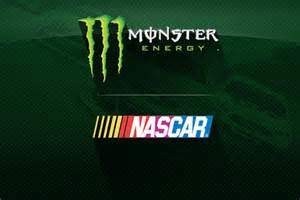 Expecting A Monster Of A Good Time!

®Wow! Rule Changes At NASCAR® So What!

So what’s NEW? They change the rules all the time. We the fans have kind of gotten used to it over the years.

But Wait This Really Is NEW! And Special!

This time is Special because it appears pretty much Everybody is happy with the changes. That’s a first time in my memories of the sport over 15 years since it accidentally captured me and my dear wife as followers. Reference my article (What Time Does That NASCAR race start?) At the time of writing the notes for this article in late January, I had not read everything I could read about the changes but I was just so amazed at the possibility of pretty much everybody involved in this huge sport, at least at the start, were pleased with the changes. What ever process of development to completion, the changes went through should be complimented. The results speak for themselves at least at the start. That Great! That’s very unusual in a world built on the principle of “follow the money” and you will understand more of the reason behind things most times. And Besides and beyond all that, the new rules “are what that are”, doesn’t matter much what I think for many reasons.

The first being, It’s the end of January and we are starting to feel occasional tendencies of withdrawal symptoms. These being demonstrated by occasional day dreams of “favorite fishing holes” and “number 4 car moving into p1” and other possible signs being shown at this time. Sports injuries of course, occur to many fans in the annual form of withdrawal pain, as the season hasn’t started yet and we need it to. We miss it. A lot! It’s a little like that feeling as a little kid, that Christmas morning can’t get here soon enough! It’s a little like, that upcoming special fishing trip to a new spot, that’s calendar pages away, not just a couple of weeks away. It’s a longing for that day.

Of Course There Can Be A good Side to this withdrawal from one of our favorite sports and that is, if we are blessed enough to be on the planet when the season starts, then we have something cool, that makes us happier, to look forward to and that’s good for the soul. Maybe it’s like hope, it’s a needed thing in living. Having “Happy Spots” in the road ahead to look forward to, sometimes help make the bumps in life’s road a little easier to bear. And that keep us moving forward on life’s path and that’s what we are supposed to do. One can’t be guided and helped along if we just stand still. We need to be moving forward. That’s how it works best.

So rules changes be what they may … we just want to go racing at Daytona! It’s been a long off season this year for some reason or another, even though time goes by faster and faster we seam a little more excited about the upcoming Saturday Night Shootout, now called The Clash At Daytona, which signals the Season Has Started! Thank You Lord and Thank you NASCAR®. Thank You Lord ’cause I’m still here to see the start of another season and Thank you NASCAR®, ’cause you are the best family entertainment out there and doing it all with a “still family owned” American grown company. That’s another special part of this sport I and my family enjoy and it shows on what we see and hear during each race. It’s very well done.

This would also be a very good time to say “Thank YOU!” to each and everyone who is responsible, especially all of the Sponsors that make NASCAR® possible and to the TV networks that bring it into my home. Thanks to all of you for putting little “Happy Spots” in my road ahead this year. May you all have your best year ever in 2017.